The iPhone is now not just a distribution channel for films, it’s a mechanism for shooting them too.  Have a look at this film, which was the first to be shot and edited on the iPhone 4.  The shots are elegantly framed and the colours are beautiful.

The process is described by Edmund Mullins in article from BlackBook:

Francis Ford Coppola once famously opined that the next cinematic Mozart would probably be “a little fat girl in Ohio” making movies with her daddy’s video camera. He didn’t anticipate that said fat girl might just as easily be making minor masterworks on her daddy’s phone. Now it’s been done with the 88-second short, “Apple of My Eye.” Equipped not just with video but also editing capabilities, the new iPhone 4 was fairly begging for someone to try to make a film with it and it alone.

The film is a cutesy little number about model trains, and it doesn’t look terrible. As The Wrap reports, “Filmmakers Michael Koerbel and Anna Elizabeth James filmed scenes by mounting the iPhone on the front of a remote-controlled model train, on a makeshift dolly, a tripod and a small crane. James did the editing using Apple’s iMovie software, which is included on the new iPhones.”

Apparently the whole thing took all of 48 hours to accomplish. But don’t be fooled into thinking that the ease and availability afforded by the iPhone will actually result in the “Mozart” Coppola imagines—it’ll just be a little simpler for people to make the same junk they always have. 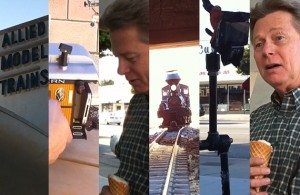 What do you all think of it?   How do you think shooting on low-res formats impact on distribution? 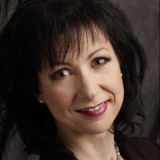