I am a filmmaker who loves sharing my passion for film and musical theatre with children and young people; and nurturing them to participate, so that they can experience the joy that I do from these fantastic creative activities. 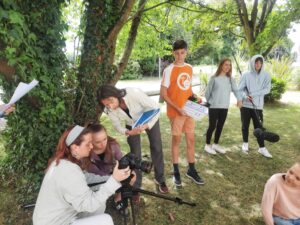 Here are details of the areas in which I am available to work and my approach to teaching children and young people:

I help them to develop their ideas, then workshop those ideas with actors, then guide the writers to put structure on the story to create a first draft script. I teach them to interpret feedback to elevate their script until it reaches final draft stage.

I teach directors to develop a visual structure for their films (framing, lighting, movement), and to express this vision through storyboards, shot lists and pitch decks. I guide the production team through breaking down a script, doing a recce, casting, crewing up, and choosing equipment. 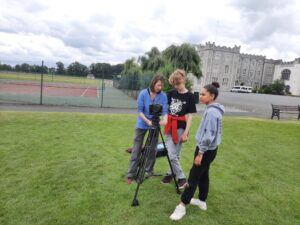 I teach emerging directors how to communicate with actors, how to elicit the best performances from them (both in drama and documentary), and what to do if the actors are struggling with their performance. I show them techniques for facilitating young actors to feel the emotions of their characters and play to the subtext of every line.

I educate young filmmakers about balancing the creative side of filmmaking (getting the footage and performances they want) with the business side of it (sticking to the schedule and budget). I mentor young filmmakers on how to shoot scenes with the edit in mind.

Editing is where the film really comes together. I nurture young filmmakers through the process of logging their footage, doing an assembly edit, creating a rough cut, and refining it through several drafts to a final cut. I then guide them through sound design and grading.

I love working with young people! My approach is to be patient, kind, inclusive, and nurturing.

So, if you need a film tutor for your school or summer camp, please click here to contact me.