“It’s a hugely exciting time, and from having always wanted to direct films or be involved in television in some way, it’s great to be realising my ambitions, and with such amazing writers,” the former Sacred Heart school girl says.

‘Rapunzel: The Blonde Years’ has already secured distribution and has screened at the Galway Film Fleadh, Dublin’s Darklight Film Festival, the 11/22 Comedy Shorts Film Festival in Austria and the Notting Hill festival, which toured London, Rome, Chicago and Cannes. 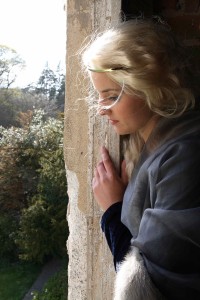 “It is due to screen at the International Film Festival Ireland in Clonmel, Co Tipperary, and the Silk City Fest in Connecticut, USA shortly, and it has had an amazing 50,000 hits on YouTube so far.”

Her digital short film, ‘I Love You Suzie‘, received its world premiere at the Boston Irish Film Festival 2007 and the following year she completed ‘Save Tara Valley‘, about a human aerial art project on the Hill of Tara opposing the construction of the M3 motorway through the historic Tara Valley. The film features Irish Hollywood star, Stuart Townsend.

“A real high point came in February 2003 when I was selected for the first ever Berlinale Talent Campus – a winter film academy which brought 500 filmmakers from 61 countries together on the fringes of the prestigious Berlin Film Festival,” she says.

More details on Fiona’s films can be found her ‘In Development‘ page.

This is an article written by journalist Alison Comyn and published in the Drogheda Independent newspaper in September 2009.