In 2012 I decided to make my debut appearance at the Irish Film and Television Academy (IFTA) Awards.  Lots of my friends were nominated and I wanted to support them.  It was a great industry event attended by Michael Fassbender, Chris O’Dowd, Fionnula Flanagan, Stephen Rea and Brendan Gleeson.

Here are some photos from the night, starting with my good friend Dawn Morrissey, the director of the Irish Film Festival Boston, with the winner of the IFTA Best Film Actor Award, Michael Fassbender.  Also featured are myself (in the red dress), actress Muireann Ryan and Allen Leech, star of Downton Abbey and The Tudors. 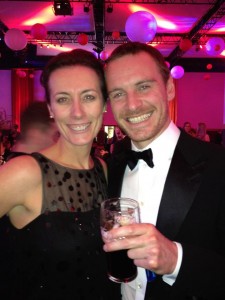 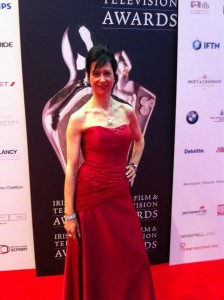 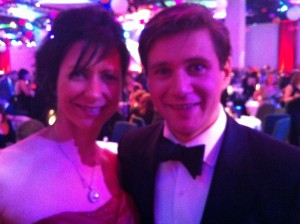 You can see more photos from the IFTAs on my Facebook page.  It would be super if you’d click the Like button while you’re there – thanks!

Congratulations to all of the IFTA 2012 winners and nominees!