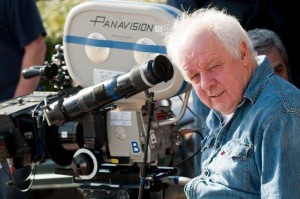 Fiona Ashe directed an online table read at the London Screenwriters’ Festival 2020 and an online rehearsal of the play ‘Conduct Unbecoming’ for the Soldiers’ Arts Academy. Here are testimonials for her directing from the actors and one of the writers:

“Fiona, thank you for the amazing direction! The last read-through was amazing and all of the actors found the characters and intention. Powerful stuff!” — Max Hamilton, actor, ‘Conduct Unbecoming’.

“As a television and film producer, I was approached by Drogheda Youth Development (DYD) about developing a media production training course in conjunction with INTREO, the national training authority. Aware of Fiona’s wealth of experience in both film production and in training provision, I was delighted to secure her involvement in both the development of the training and its practical delivery at the DYD centre in Drogheda. The training was hugely successful, as evidenced by the feedback from participants, DYD and INTREO. I have no hesitation whatsoever in recommending Fiona for any such undertaking. She is professional, knowledgeable, engaging and reliable.” — Declan Cassidy, multi-award-winning writer/director, ‘Whatever Turns You On’.

“I am in awe of your writing and directorial talent, Fiona. You sense the nerve, feel the raw and carve the story in a most humane way. I mostly love your Film Noir. A gift!” — Eithne Kennedy, author.

To collaborate with acclaimed director, screenwriter and script editor Fiona Ashe on a film/TV drama project, click here to contact her.